After working 12 years as an Artistic Director in advertising, Sacha Goldberger publishes three books, “Je t’aime tout simplement” and “Bye Bye Mon Amour” from the Seuil Editions and “Made in Love” from the
Hoëbeke Editions. His first book sold 130,000 copies worldwide.

In 2008, he decides to goes back to the Gobelins Photography School. It’s after the release of his series on his grandmother “Mamika” that he becomes known in France. His talent is further revealed with his Super-Flemish series, a “Renaissance” interpretation of popular superheroes…

For 10 years, he has been producing and directing his series, worthy of cinematographic productions. For each series, he works with between 50 and 150 people.

The “Secret Eden” series required, for example, the collaboration of 130 people over a period of 3 years and resulted in the creation of 17 diptychs and 50 portraits of different eras.

Some of these series have been printed in very large formats.

Notably the “Super Flemish” ones, printed in 7 meters high and exhibited throughout the Austerlitz train station in Paris for more than a year in 2016.

He is currently working on the retouches of two series he shot in Los Angeles. 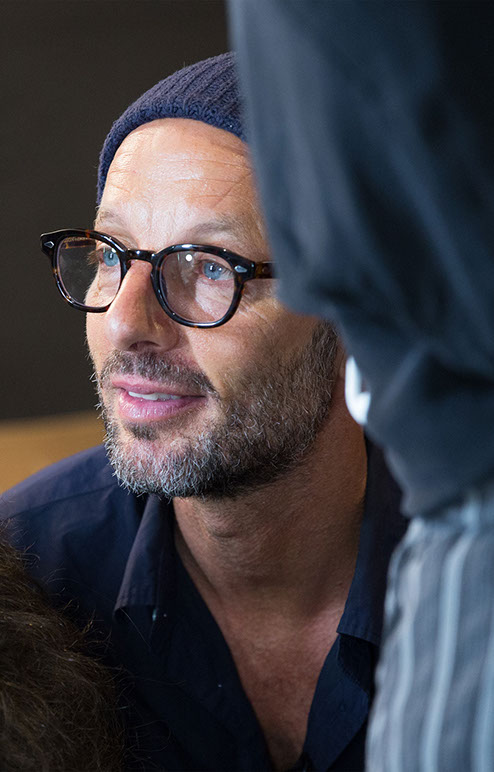